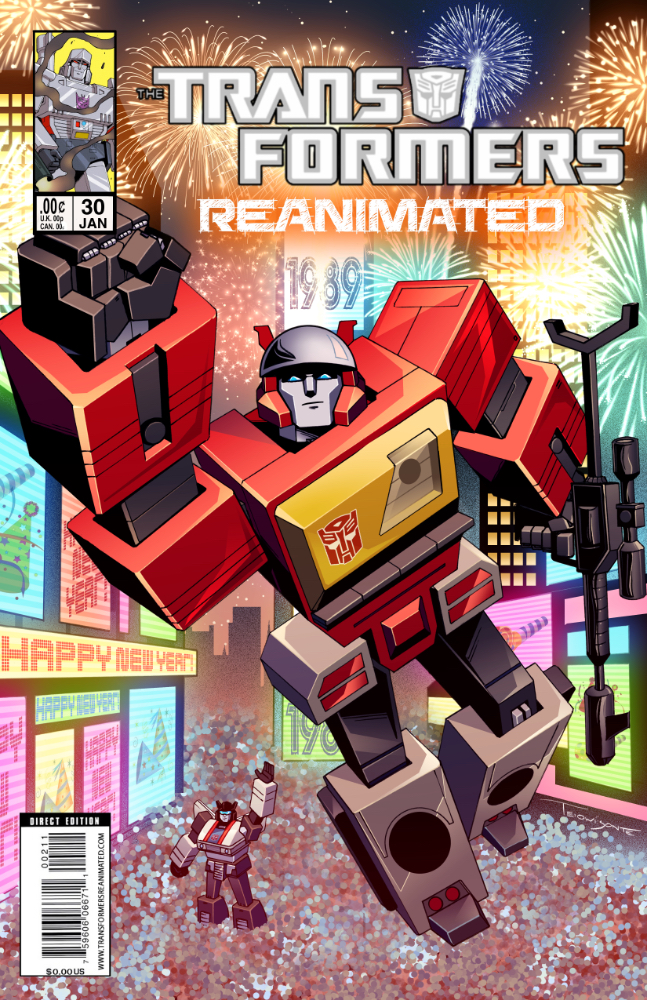 Happy New Year Transformers Fans! What better way to rush in 2022 than with a brand new comic. Transformers: REANIMATED issue 30 is out now! Just like all our comics, it’s absolutely free!

The January issue of Transformers: REANIMATED takes you to New York City to bring in the year 1989. Jazz and Blaster are set to help D.J. the music live on Television which is to include a special visit by the new president elect.

Local New York Gagsters, the Geddis brothers have a different plan in store. One that will show New York and the world who is really in charge.

Will the musical duo of Jazz and Blaster be enough to stop Earth’s most notorious thugs or will America fall to the hands of the corrupt in this all new Transformers: REANIMATED G1 adventure, Gangster’s Paradise.

This month’s holiday cover was artfully done by the talented Thomas Deer.

So, if you *did* you like issue 30: Gangster’s Paradise, then please consider contacting IDW Publishing (Via E-mail or Twitter) and letting them know you would like to see Transformers: REANIMATED as an IDW ongoing comic book written by Yoshi and Greig.