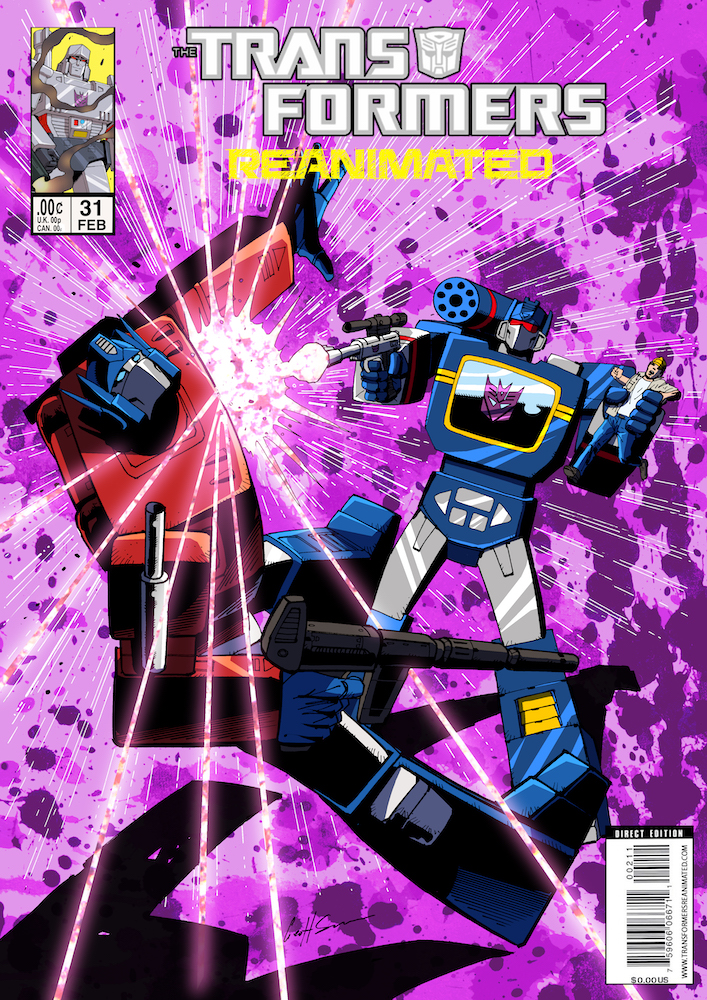 It’s the first Wednesday of a new month. Happy New Comic Book Day! Get our FREE** and brand new issue of Transformers: REANIMATED issue 31 is out now!

The February issue of Transformers: REANIMATED concludes the events that took place in New York City from the last issue.

As the brainwashed President of the United States hands over all military power to the Decepticons, fear transforms the country. Do the Autobots, led by Optimus Prime, have what it takes to restore the President and hand a country back to its people or will the Decepticons be in control of the world’s greatest superpower forever? It’s all in this brand new free issue of Transformers: REANIMATED G1 adventure, The Puppet Master.

This month’s cover was stupendously done by the talents of Geoff Senior and John-Paul Bove.

So, if you *did* you like issue 31: The Puppet Master, then please consider contacting IDW Publishing (Via E-mail or Twitter) and letting them know you would like to see Transformers: REANIMATED as an IDW ongoing comic book written by Yoshi and Greig.