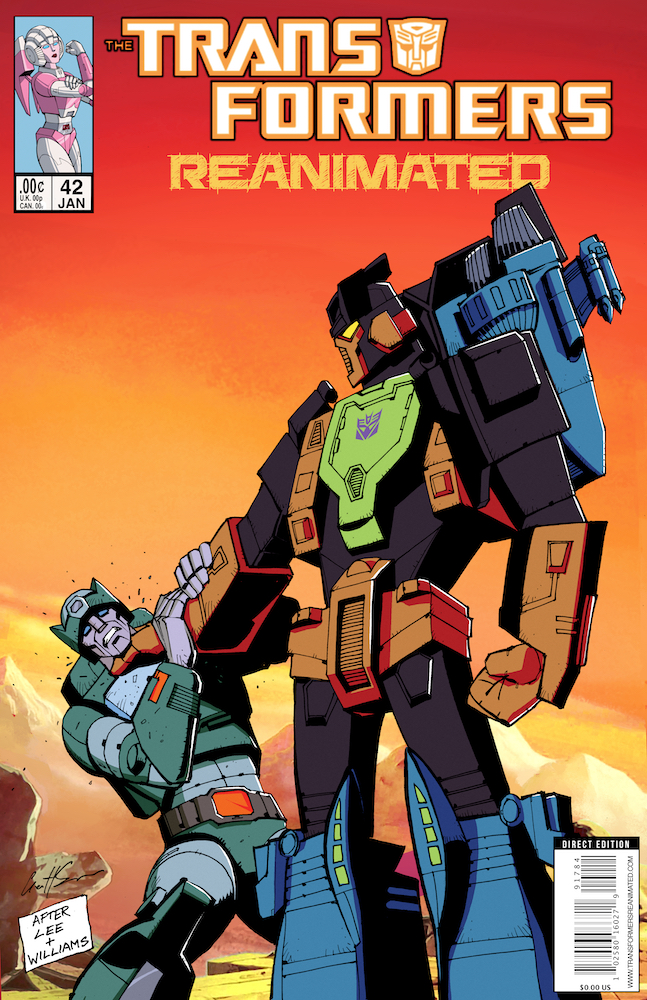 The Kup story continues with this month’s issue, The Niter Slave Mines. Rocking a new cover inspired by the iconic Jim Lee and his Superman vs. Batman cover.

Issue 42 continues following along with another of Kup’s famous war stories hinted at in the ’86 animated movie, The Niter Slave Mines.

In his obsessive quest to acquire the missing Matrix of Leadership and learn the truth about Optimus Prime’s return, the fearsome Skyquake heads to the slave mines of Golganath Seven. But the opposing forces and their ruling Commandant Niter prove a surprising challenge to the ambitious Cybertronian.

Will an uneasy truce between Skyquake and Kup help find the Matrix and free the slaves? Or will this unlikely alliance tear itself apart before it can even begin?

Writing this script has been a fun challenge coming up with the story to Kup’s war old war stories. When we looked at the dynamic between Kup and Skyquake we felt the best visual representation of this would be to homage Jim Lee’s Batman cover of issue 612. And who better to help bring this vision to life than the amazingly talented Transformers comic book artists Geoff Senior and Josh Burcham.

So, if you *did* like issue 42: The Niter Slave Mines, then please consider contacting IDW Publishing (Via E-mail or Twitter) and let them know you would have liked to see Transformers: REANIMATED as an IDW ongoing comic book written by Yoshi and Greig. (While you still can.)