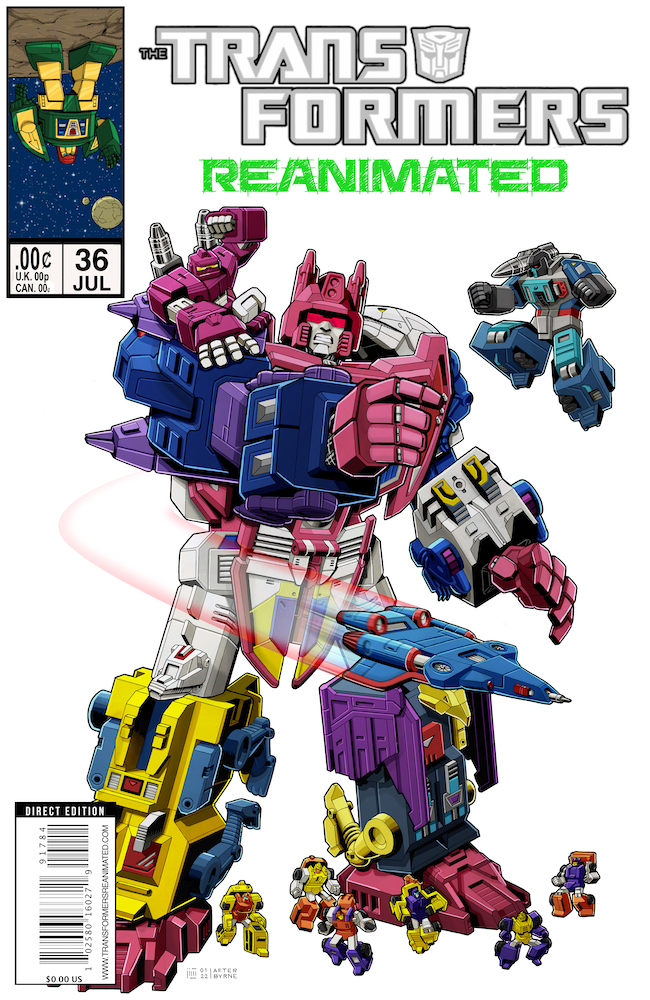 Issue 36 sees the return of the Decepticon titan, Abominus.

In the far reaches of deep space, Autobot bounty hunter, Devcon teams up with an unlikely partner when their mutual target turns out to be none other than the monstrous Decepticon giant: Abominus. Does our odd Autobot duo have the skill and strength to take out the Decepticon monster? Or will the awesome might of Abominus be too much for our unlikely heroes? Find out what happens in this brand new G1 Adventure, Deal or Doubledeal.

This month’s wonderful cover was artfully rendered by the talented, Jim Stafford.

So, if you *did* you like issue 36: Deal or Doubledeal, then please consider contacting IDW Publishing (Via E-mail or Twitter) and letting them know you would like to see Transformers: REANIMATED as an IDW ongoing comic book written by Yoshi and Greig.