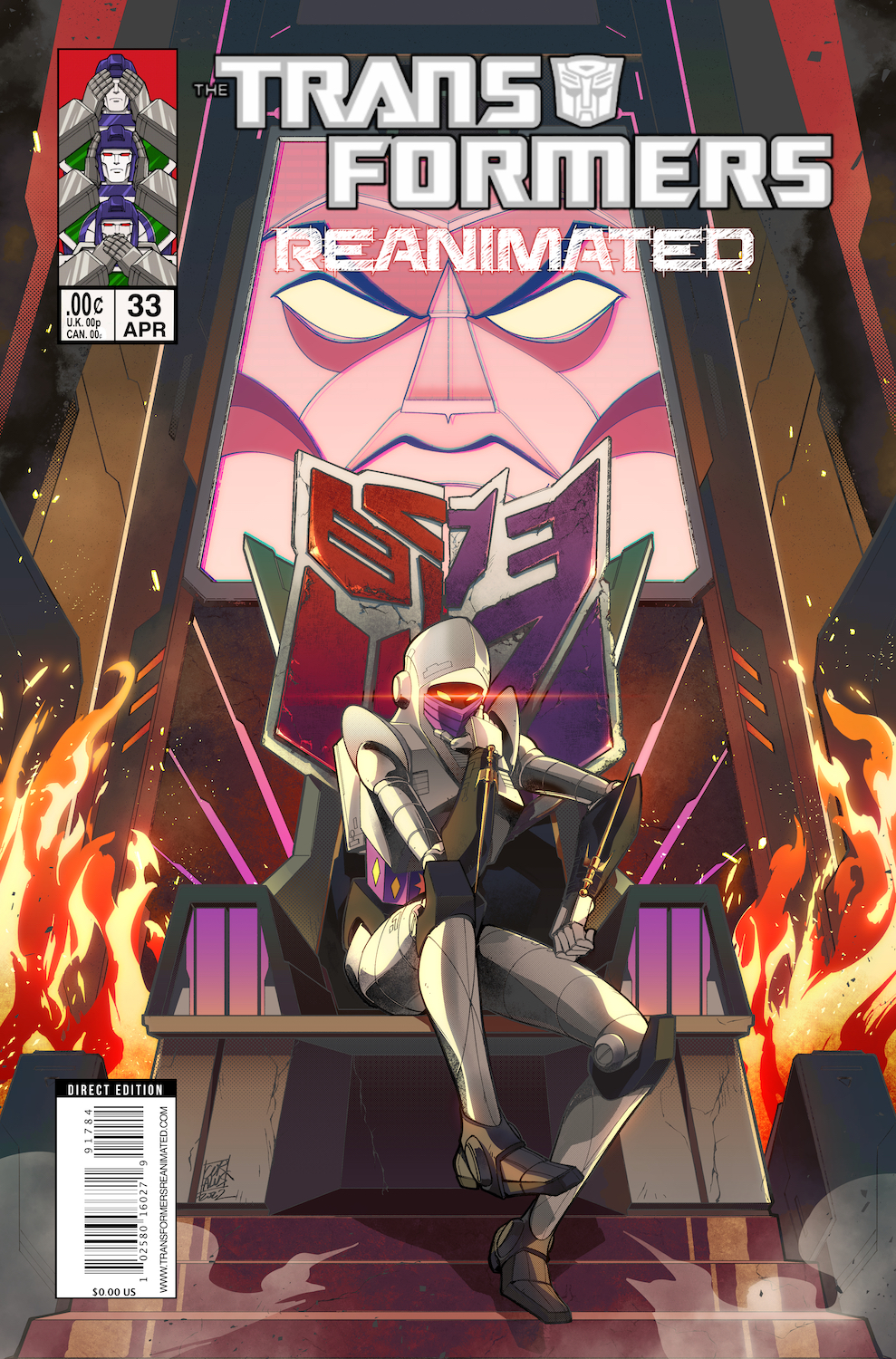 Get our FREE** and brand new issue of Transformers: REANIMATED issue 33 now!

The Decepticons, with the aid of a fully restored Nightbird, have put the Autobots on the defensive. Now, with total access to Quantum Laboratories, Megatron intends to reactivate the dormant TORQ III supercomputer and put an end to the Autobot cause once and for all. Do Optimus Prime and the Autobots have what it takes to stop the triple threat of the Decepticons, Nightbird and TORQ III? Find out in this brand new G1 Adventure, Way of the Nightbird, Part 2.

So, if you *did* you like issue 33: Way of the Nightbird, Part 2, then please consider contacting IDW Publishing (Via E-mail or Twitter) and letting them know you would like to see Transformers: REANIMATED as an IDW ongoing comic book written by Yoshi and Greig.