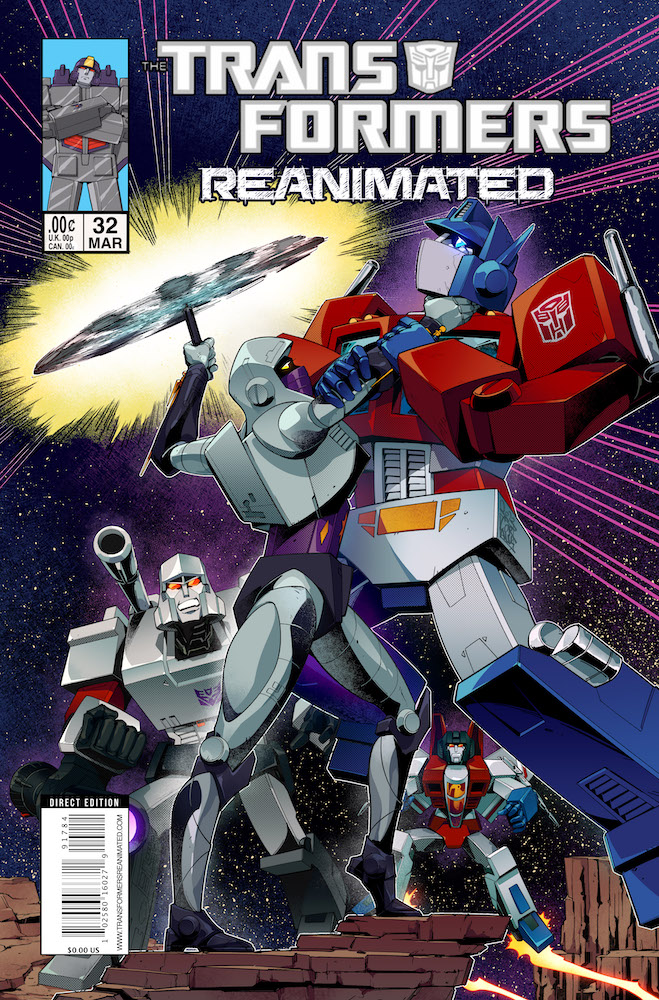 Operating from their temporary base hidden within a mountain range, the Decepticons face the threat of dwindling energy supplies. In their desperation for a new energy source, they come face to face with none other than a fully rejuvenated Nightbird. Will Fujiyama Industries’ reprogrammed robot be enough to stop the Decepticons or will Megatron’s plan be too advanced for Nightbird? And what sinister scheme does Starscream have up his sleeve for the female ninja-bot? Find out in this brand new G1 adventure, Way of the Nightbird, Part 1.

This month’s cover was amazingly done by Umi Miyao.

So, if you *did* you like issue 32: Way of the Nightbird, Part 1, then please consider contacting IDW Publishing (Via E-mail or Twitter) and letting them know you would like to see Transformers: REANIMATED as an IDW ongoing comic book written by Yoshi and Greig.