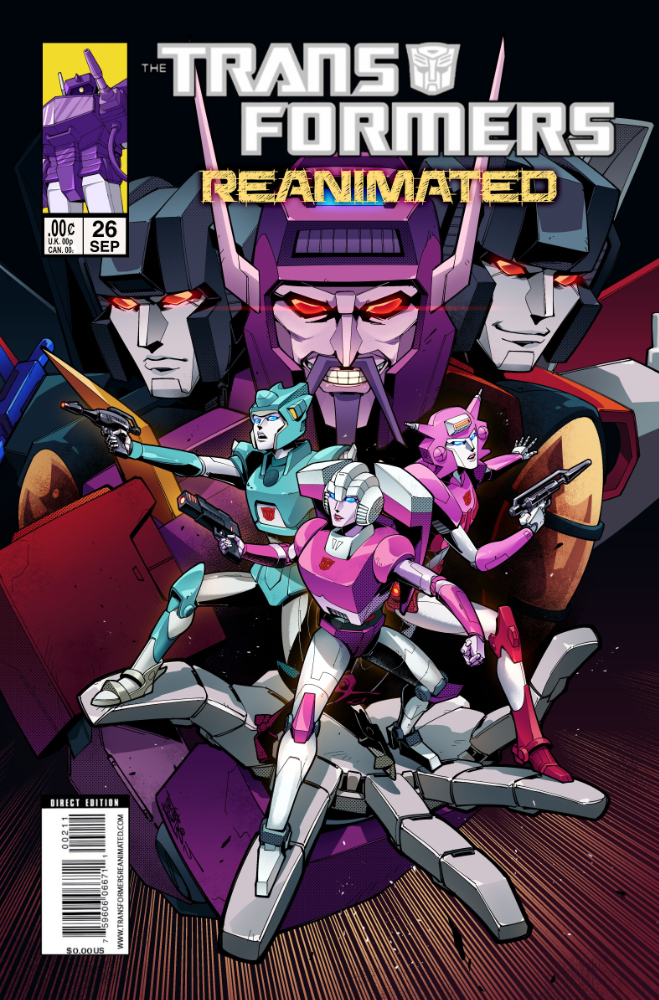 Happy New Comic Book Wednesday! Get your hands on this FREE and brand new issue of Transformers: REANIMATED!

As we bridge the 20-year gap between season 2 and Transformers: The Movie, we know many of you want to know what is going on back at Cybertron. Who’s running the show out there?

Issue 26 will bring us all up to speed with the happenings on Cybertron and why the inter-dimensional tyrant, Trannis is in control. Let’s just hope that Arcee and the rest of the crew can take command of the situation before Trannis can bring in his army of inter-dimensional warriors to rule Cybertron forever.

The cover for issue 26 was created by Umi Miyao. She was able to really make us feel how serious the current situation on Cybertron is.

So, if you *did* you like issue 26: Trannis The Terrible, then please consider contacting IDW Publishing (Via E-mail or Twitter) and letting them know you would like to see Transformers: REANIMATED as an IDW ongoing comic book written by Yoshi and Greig.