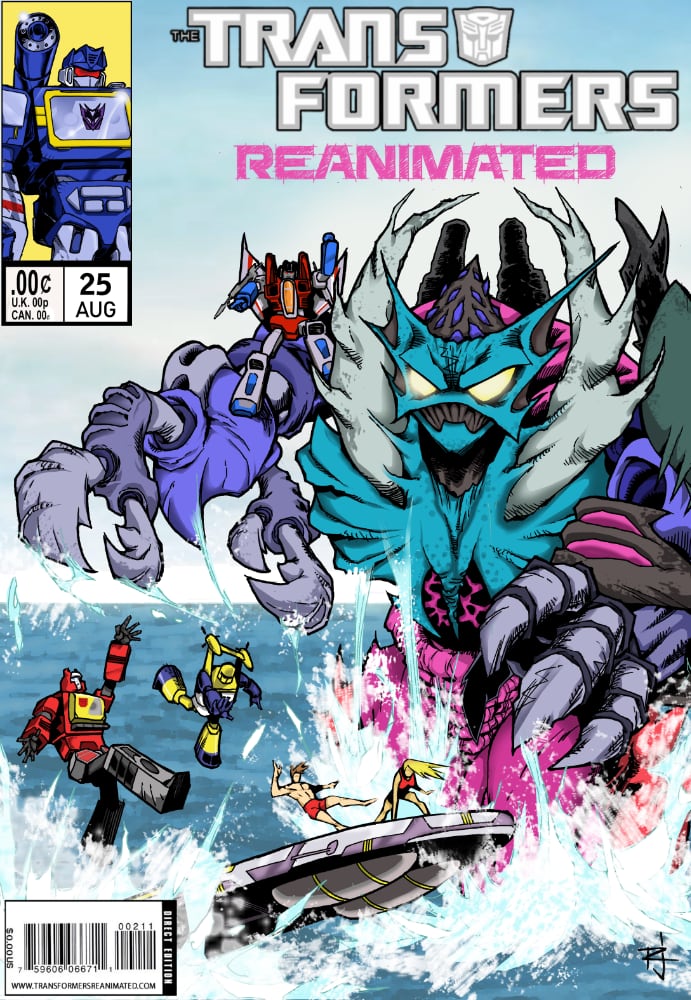 It’s the first Wednesday of the month and that means a brand new issue of Transformers: REANIMATED! And it’s free!

As we continue to bridge the gap between season 2 and Transformers: The Movie, we wanted to include G1 characters and ideas that, for whatever reason, never quite made it onto the show. Last month we introduced Piranacon. This month, we continue with that theme now that Piranacon has been unleashed.

Issue 25 deals with a rampaging Piranacon as well as monstrous characters such as the Pretenders we gotta hope that the small team of Autobots and their human allies have just enough spark to stop this aquatic evil before it can be unleashed on Earth.

The cover for issue 25 was created by Autopod Decepitcast alumni, Ryan Jett, who really captured the horror of Piranacon and makes you feel sorry for Blaster, Seaspray, Spike and Carly down below.

So, if you *did* you like issue 25: Piranacon, Part 2, then please consider contacting IDW Publishing (Via E-mail or Twitter) and letting them know you would like to see Transformers: REANIMATED as an IDW ongoing comic book written by Yoshi and Greig.