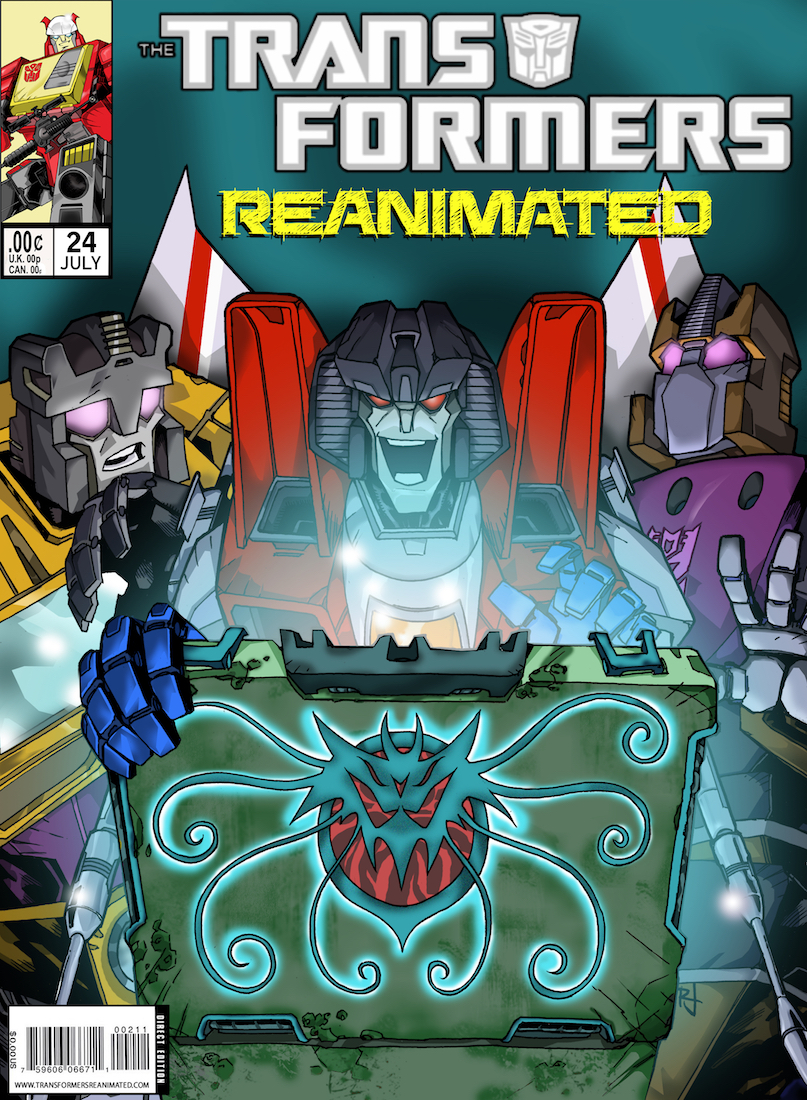 It’s the first Wednesday of the month and that means a brand new issue of Transformers: REANIMATED! And it’s free!

It’s no secret that one of our mantras for Transformers: ReAnimated is to tell stories set in the G1 cartoon universe, bridging the gap between Season 2 and The Movie. But also, we want to include G1 characters and concepts that, for whatever reason, never quite made it onto the show.

One of these characters, is Piranacon, the sometimes-overlooked G1 Decepticon combiner.

The Seacons made the odd appearance in the old Marvel comic series, and even showed up in the Japanese Headmasters for a split second. But never in the regular G1 series.

Another concept never touched on by the G1 cartoon was that of Pretenders. Again, the Marvel comics did a fantastic job of introducing the idea of Pretender Shells for not only classic characters like Bumblebee, Jazz, Grimlock and Starscream, but also memorable villains like Bludgeon and Thunderwing, who became instantly iconic within the fandom. It’s a shame we never got G1 cartoon versions of these guys to mix it up with Optimus Prime, Megatron and the others.

With issue 24, we dive deep (heh, get it?) into a new re-imagining of the Piranacon character, as well as exploring what could have been with several other ‘monstrous’ characters, entwined by the nefarious scheme of none other than Starscream, himself.

Issue 24 also shines a light on one of Greig’s personal favorites: Seaspray, memorable for not only his iconic voice (provided by the legendary Alan Oppenheimer) but also for being one of the few aquatic Autobots. This issue gives him the hero focus, teaming him up with Spike, Carly and one of Yoshi’s favorites: Blaster.

The cover for issue 24 was created by Autopod Decepitcast alumni, Ryan Jett, who nailed the sense of malice, glee and mystery involved in Starscream’s plan, while his two Combaticon cohorts begin to wonder if they’ve bet on the wrong hydro-horse.

This issue was a lot of fun to write, and with its conclusion on the way next month, we really think it makes a turning point for Transformers: ReAnimated where, as they like to say… “after this, nothing will ever be the same!”

So, if you *did* you like issue 24: Piranacon, Part 1, then please consider contacting IDW Publishing (Via E-mail or Twitter) and letting them know you would like to see Transformers: REANIMATED as an IDW ongoing comic book written by Yoshi and Greig.