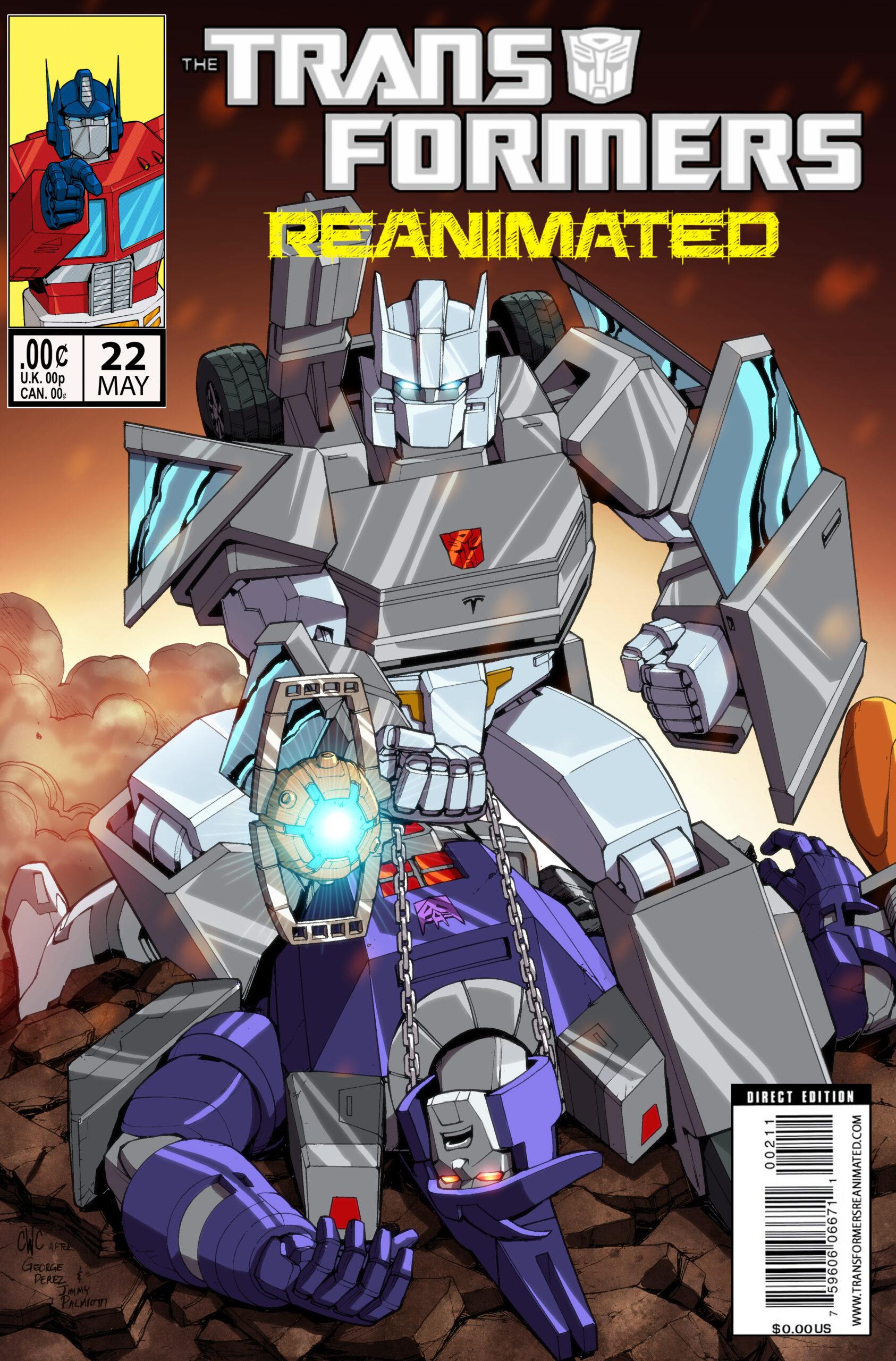 Do you like a good time travel story? Because we have quite a doozy of one for you this month.

This month’s issue 22: A Shatter In Time, features an original character named Shatter. A futuristic Autobot with an alt-mode of a TESLA Cybertruck; he is an Autobot who uses his door like a shield and is equipped with an Electro-Shock Shoulder Cannon.

Our breath-taking cover by Casey Coller and John-Paul Bove is an homage to Wizard Magazine issue 76 by George Perez and Jimmy Palmiotti. This cover also gives away that the arrogant, compassionless, cold-hearted Galvatron will be making an appearance within these pages. As does the Autobot Matrix of Leadership. Can you tell there’s a lot going on in this issue yet? Good, because we think you’re going to love it.

Written by Youseph (Yoshi) Tanha from the YoshiCast and Greig Tansley from the Unfunny Nerd Tangent podcast, this G1 adventure follows in the Transformers: ReAnimated tradition of bridging the gap between the cartoon’s second season and the 1986 Movie that defined the childhood of millions, worldwide.

So, if you did you like issue 22: A Shatter In Time, then please consider contacting IDW Publishing (Via E-mail or Twitter) and letting them know you would like to see Transformers: REANIMATED as an IDW ongoing comic book written by Yoshi and Greig Tansley.