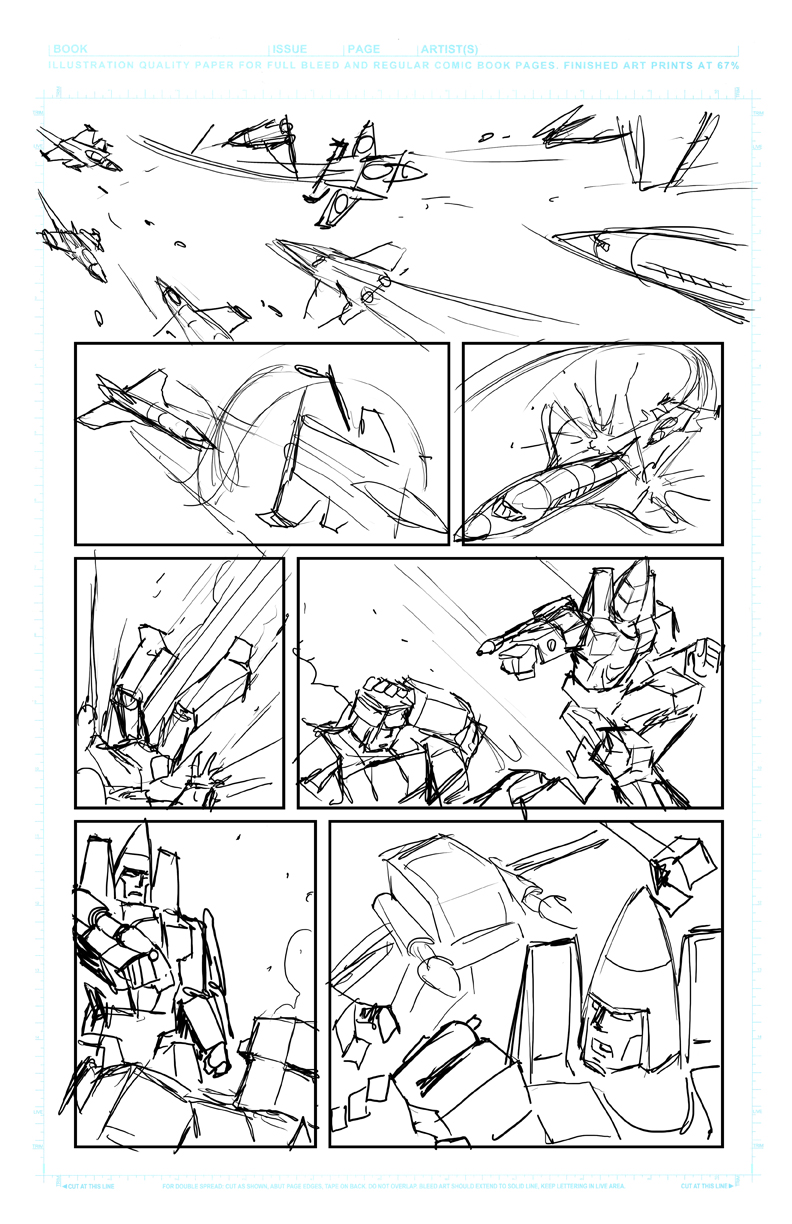 Early last April, Casey Coller sent me the first rough layout for page 17. I remember being so excited to see it. I also remember sending Casey an email about the command deck after I saw it.

In this early draft, the command deck is displayed with two arms, but the action figure only had one arm and a radar. I was really worried that fans would pick on this point for not being toy/cartoon accurate. Casey was happy to make the changes. He told me he drew the command deck from memory and not from reference images, which is pretty impressive if you ask me.

A little over a week later I got another update from Casey. He finished the pencils and was just getting ready to do inks. First, he wanted to make sure I didn’t have any other changes moving forward. I had no changes or concerns for him. The command deck was looking great and everything was spot on.

I didn’t get an update from Casey on page 17 until mid-June. The Hasbro Transformers Trading Card Game needed work from him and as he told me before, that came first. But in June Casey said, “Just wanted to give you a quick update. I’ve got all the basic lines down on your page, now I just need to add line weight & detail and clean up a bit and it’ll be done.”

We were beyond excited to see this update. It was all coming together and looking beautiful! Before long, Casey finished up work on page 17 of Transformers: Reanimated and sent us high-resolution digital copies of his finished work so we could send it off to be colored. He also mailed me the physical copy.

In part 3 of this series we will talk about the coloring process.