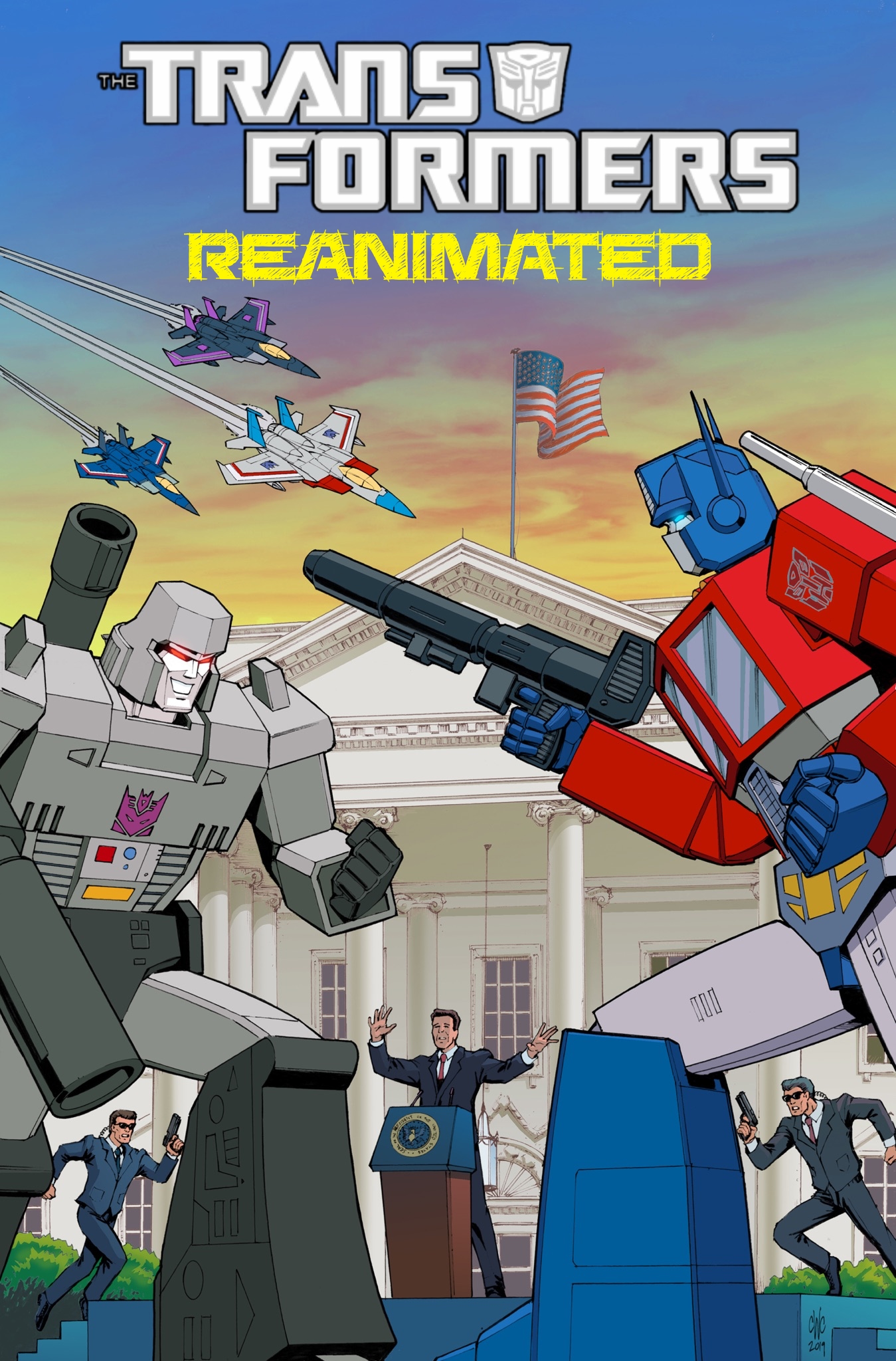 This is issue one of our rejected Transformers: REANIMATED comic script. So we are releasing it here as fan fiction.

With line art provided by Transformers comic book artist Casey Coller, and colors splashed on by comic book colorist Tom. B. Long . Finally, words written by Me (Yoshi), from the YoshiCast and TransMissions podcast and Greig Tansley from the Unfunny Nerd Tangent podcast.

Transformers: REANIMATED is a labor of love to bridge the gap between the end of the seminal second season and the 1986 Movie that defined the childhood of millions. We hope these pages will have the effect of transporting you back to the 1980s cartoon series, all while putting a smile on your face.

Greig and I hoped for this comic series to accurately mimic the tone of the original 80s G1 cartoon at the end of the second season. As each issue came out and we inevitably wrote our way closer and closer to the events of the 1986 movie, we wanted to gently transition the tone of the book from the second series of the cartoon to the darker tone of the animated movie.

At present, Greig and I are sitting on 5 more scripts to release. One once a month. Ideally on the first Wednesday of the month. That makes the release of issue 2 set for Wednesday, September 4th.

Why the month long wait between releases when we already have completed scripts? Good question! Though the scripts are completed we have no art for them at all. With a month of time between releases we hope to be able to work with an artist to provide at least cover images for each issue. If we aren’t able to pull that off within a month’s time then we will release the script with our art. So right now our top priority is to get some kind of art done for issue two, titled: Autobots Under Arrest.

Greig and I have some more posts planned between now and issue 2. Including in-depth posts about the line work provided by Casey Coller and the vibrant cartoon-invoking colors painted on by Tom. B Long.

Finally, did you like our first issue: A White House For Peace? Then please consider contacting IDW Publishing (Via E-mail or Twitter) and letting them know you would like to see Transformers: REANIMATED as an IDW ongoing comic book written by Yoshi and Greig Tansley.

Thank you all for checking out our script and all the feedback we have gotten already. We see that there is a huge need for original G1 content and Greig and I are happy to help fill that need in the form of this fan fiction comic.

17 Replies to “Transformers: REANIMATED Issue 1: A White House For Peace”