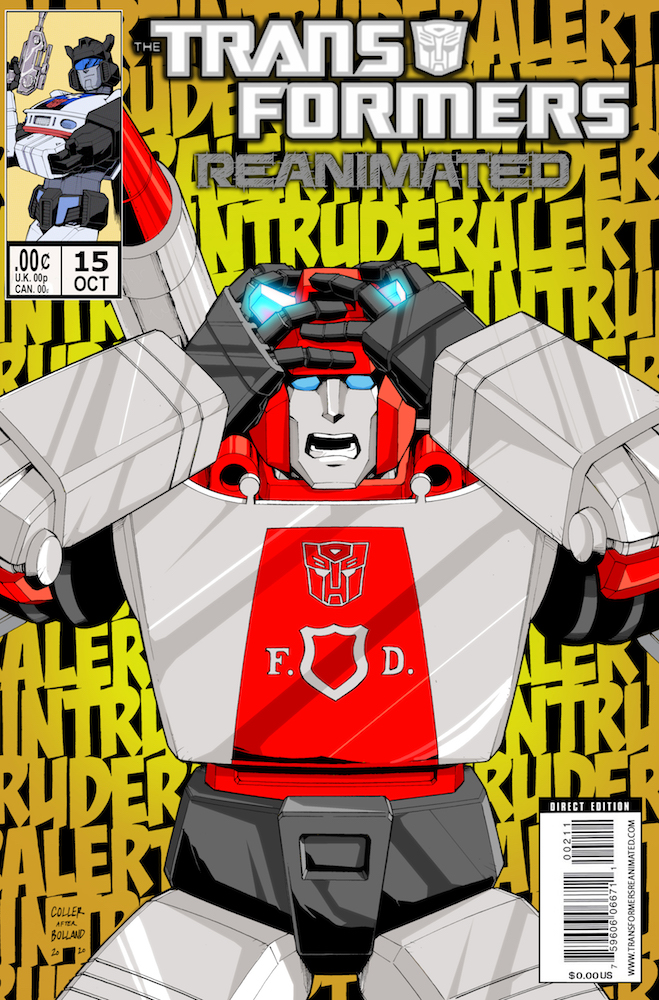 Really? You’re not just saying that?

Within these PDF pages you will find a story that puts focus on what we here at ReAnimatred have come to call… “Greig’s Weirdos”. Namely: a paranoid Red Alert! This month, he faces off against all odds!

Paranoid? Who says he’s paranoid? Are people talking behind his back?

Issue 14 also features Transformers comic book artist, Casey Coller with Colourist John-Paul Bove on our cover! The story was written by Youseph (Yoshi) Tanha from the YoshiCast and the TransMissions Podcast and Greig Tansley from the Unfunny Nerd Tangent podcast. Transformers: REANIMATED is helping to fill the gap between the end of the original second season and the 1986 movie that defined the childhood of millions.

Who are these millions? what are their names? What do they say about me when I’m not around?

Issue 15 shows what happens when you leave one paranoid Autobot all alone to guard the Ark. Will Red Alert be able to fend off a Decepticon attack or is it all just in his mind? You will have to download this month’s issue, Singarda-Paranojo, to find out.

Singarda-Paranojo? Is that some kind of code? Why aren’t I privy to this?

So, if you did you like issue 15: Singarda-Paranojo… then please consider contacting IDW Publishing (Via E-mail or Twitter) and letting them know you would like to see Transformers: REANIMATED as an IDW ongoing comic book written by Yoshi and Greig Tansley.